‘Record year’ for Kenmare Resources in 2016

Producer of titanium minerals and zircon forecasts higher prices in 2017 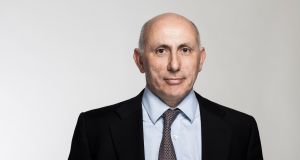 The fourth quarter of 2016 was “another record quarter, continuing the increasing production trend and improving on the record set in the prior quarter”, Michael Carvill, managing director, Kenmare Resources said on Monday.

Kenmare Resources, the Irish producer of titanium minerals and zircon, said on Monday that 2016 was a “record year” of both production and shipments of all products, as it forecasts higher prices in 2017.

The operator of the Moma Titanium Minerals Mine in northern Mozambique reported a record year, with total product production of 979.3k tonnes. Q4 2016 was “another record quarter, continuing the increasing production trend and improving on the record set in the prior quarter”, according to Michael Carvill, managing director.

“Production in 2017 is expected to rise further as mine optimisation continues, while unit costs of production are anticipated to fall further,” Mr Carvill said, adding that cash generation at the mine has shown quarter on quarter improvements since bottoming in Q2 2016.

“Nevertheless, average Kenmare realised ilmenite prices lagged the spot market increases in 2016 as contracts had been agreed prior to the market resurgence. Spot prices have been steadily rising for the past nine months and Kenmare expects this trend to continue as demand remains strong. Average received prices for H1 2017 will show a significant improvement on 2016, benefitting from new contract prices and higher spot prices.”

Looking to 2017 Kenmare said that the outlook for ilmenite prices remains “positive”, “supported by low product inventories throughout the value chain and combined with increased titanium feedstock consumption, as pigment demand continues to grow in line with global GDP”. The resources group said that production in 2017 is expected to show further growth, as a result of increased utilisation and recovery rates.