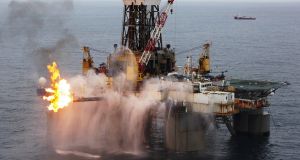 Exploration company Providence Resources has raised £300,000 (€332,000) in funding through the exercising of warrants issued in May.

The company also said it had received official confirmation that the interest granted to Apec in the Standard Exploration Licence 1/11, which contains the Barryroe oil and gas field, had reverted to Exola.

The move draws a line under the doomed farm-in deal between Providence Resources and Apec, after the latter failed to come up with the necessary funds.