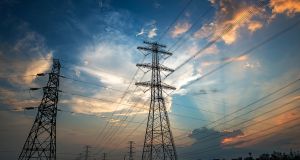 Brendan Tuohy is an engineer, and served in the Department of Public Enterprise. Photograph: iStock

The former secretary general of the Department of Communications, Marine and Natural Resources has been appointed as chairman designate of EirGrid.

“Brendan, with his intimate knowledge of the energy sector in Ireland will bring a wealth of knowledge and experience to the role.”

Mr Tuohy is an engineer who has also previously served as the secretary general of the Department of Public Enterprise. He will have to appear before an Oireachtas committee as part of the Government procedures for proposed chairpersons of State boards.