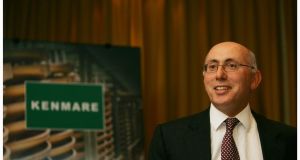 The operator of the Moma Titanium Minerals Mine in northern Mozambique said it made no taxable profits but that its operating loss was reduced to $25.3 million last year from $47.3 million in 2015.

The company also said EBIDTA (operating profit/loss before depreciation and amortisation) increased to $5.2 million last year from a deficit of $11.5 million in 2015.

In other notes, the company said it had been a record year for the production of ilmenite, rutile and zircon.

Cash operating costs declined 18 per cent to $136 per tonne of final product.

Kenmare Resources managing director Michael Carvill said the ilmenite market had been experiencing a “strong recovery” over the past 12 months, as evidenced by the $26.6 million increase in EBITDA in the second half of the year.

“The period also benefitted from improved shipment volumes and lower unit costs,” he said. “2016 was a record year of production and shipments for all products and the company expects further production increases and unit cost reductions in 2017.”

Mr Carvill also said contract prices set for the first half of 2017 would benefit from the rise in spot prices experienced in 2016.

“The product market recovery remains at an early stage and we believe higher prices will be required to meet growing titanium feedstock demand,” he added.

“Management confirms that product prices have increased or are increasing, significantly in the case of ilmenite, the group’s core product, and modestly for zircon,” it said.

“Sustained cost discipline, combined with an improved market, implies that 2017 should be a very good year for the group and its shareholders.”

Separately, Kenmare announced that Peter Bacchus, the chief executive of an independent investment banking boutique in London, has agreed to join the company’s board as a nonexecutive director.

His appointment will coincide with the retirement of Sofia Bianchi from the board at the company’s annual general meeting on May 25th.