Pinergy had a high level of complaints relative to market share, CRU found 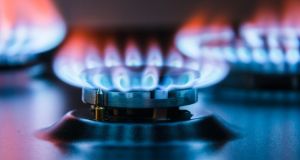 Electric Ireland was the utility that had most complaints upheld against it last year, according to the State’s utilities regulator.

The Commission for Regulation of Utilities (CRU) said 94 per cent of the complaints it received last year related to energy companies while the remaining 6 per cent related to Irish Water.

The CRU’s customer care team received 295 complaints last year, a 15 per cent increase on 2017. Some 279 of these were investigated and closed in 2018. In 46 per cent of cases, the CRU found in favour of the customers.

In relation to Irish Water, the CRU opened 21 complaints in 2018, a 19 per cent fall on the previous year.

“Irish Water, energy suppliers and network operators have a responsibility under the codes of practice and customer charters set out by the CRU to maintain a minimum level of customer service,” said Aoife MacEvilly, the CRU commissioner with responsibility for the retail sector.

“By registering their complaints with the CRU, customers can be safe in the knowledge that they will receive an independent decision and also highlight areas where suppliers and network companies can improve their services.”