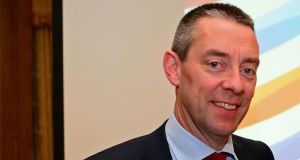 DCC chief executive Donal Murphy last year got an €840,000 basic salary, a bonus of more than €1.3 million, and €722,000 under a long-term incentive scheme. Photograph: Eric Luke

The company’s chief financial officer, Fergal O’Dwyer, was paid €2.7 million, according to DCC’s annual report, which was released on Thursday.

The pay awards place the duo among the ranks of best-paid Irish executives at listed companies, although DCC is no longer on the Irish stock exchange and maintains its listing in London.

They still have a way to go, however, to match the €5.3 million pay packet of 2017 enjoyed by Tommy Breen, Mr Murphy’s predecessor as chief executive, who retired that year.

According to the annual report, Mr Murphy picked up an €840,000 basic salary, a bonus of more than €1.3 million, and €722,000 under a long-term incentive scheme, on top of pensions payments and other benefits.

An estimate of their potential earnings for next year shows that, if all of the maximum targets were hit on the awarding criteria, Mr Murphy could be paid €5.17 million in 2020 while Mr O’Dwyer could potentially earn €3.72 million.

DCC director Leslie Van de Walle, chairman of its remuneration committee, noted that operating profits were up 20 per cent while return on capital employed, a key metric for DCC, was up 17 per cent.