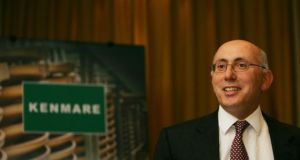 Irish titanium and zircon miner Kenmare Resources bounced back from a $34.1 million (€29.6m) debt last year as it reported a record performance.

The Dublin-listed company reported a net cash position of $13.5 million at the end of 2018 in an update.

The company said production of ilmenite in December hit a record, achieving a run rate of 1.2 million tonnes per annum. It offered production guidance for 2019 of between 900,000 and 960,000 tonnes.

Kenmare said heavy mineral concentrate production rose 4 per cent to 1,370,800 tonnes last year, while there was a 3 per cent increase in total shipments of finished products to 1,074,400 tonnes, also a record.

The group added that it received higher average prices for all products when compared to 2017.

“Production in 2019 is expected to decrease slightly due to an anticipated reduction in grade, although ilmenite shipment volumes are expected to be maintained as finished goods inventory is drawn down.”

1 Knock gets visit from world’s largest passenger plane
2 Why Sweden ditched its negative rate experiment
3 A maverick taking on the Irish whiskey establishment
4 Will Avolon find itself on the block as China prepares to seize troubled parent HNA?
5 Dr Pepper owner in talks to take over former Lidl distribution centre
6 Barclays scraps system monitoring how long staff spent at desks
7 Kingspan amasses €750m war chest to fund acquisitions
8 How can I view my dead brother’s will if I’m not the executor?
9 Flyefit plots fundraising to double gym to 35
10 Review: prepare to flip over Samsung’s new folding phone
Real news has value SUBSCRIBE