Cantillon: The outcome of An Taisce’s High Court challenge to the department will be academic for shareholders 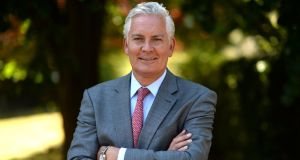 An Taisce could continue its High Court challenge to a Government decision to grant Providence Resources a permit to survey the area around its Barryroe oil find, even though the exploration company plans to apply for a new licence.

The environmentalist body last week told the High Court it wanted a judge to review the decision by the Department of Communications, Climate Action and Environment to grant the survey permit to Providence subsidiary, Exola.

That company must do the work before Providence and its partner Apec can drill in Barryroe, 50km off the Cork coast, next year. An Taisce’s action affects only the survey permit, and not the overall exploration licence for the field.

Providence said yesterday that it will not act on the permit but will instead seek a new one to allow Exola survey the site as soon as possible in 2019. Nevertheless, An Taisce may go to court anyway, as its issue is with the department, not with Providence.

An Taisce says that, when the department granted the permit, it failed to take into account a number of EU directives on habitats and environmental impact assessments.

Knowing the grounds for the first challenge should help the department and Providence avoid the risk of the second application prompting another such action, enhancing Exola’s chances of going ahead with the survey early next year.

What the second permit application means for An Taisce’s case is not clear. The organisation’s argument for continuing is that it wants the court to scrutinise the department’s procedures and ensure that it abides by the EU directives in future. So it says there is a broader issue at stake than Providence’s permit.

The question of whether or not An Taisce will succeed should excite students of environmental and EU law. However, the outcome will be purely academic for Providence shareholders.

The new application means that instead of a potentially lengthy wait for the High Court to rule, they instead face just a short delay before work begins on what could be Ireland’s first commercial oil field.