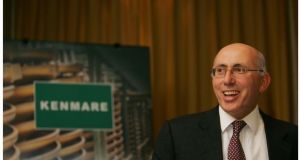 Dublin and London-listed mining firm Kenmare Resources said it had agreed negotiated new debt facilities with lenders that will support the growth of the business.

Kenmare, which is expanding production, said the terms of the loan would give it greater flexibility.

The new debt facility, which includes a $110 million term loan and a $40 million revolving credit facility, were agreed with Absa Bank, the Emerging Africa Infrastructure Fund, Nedbank, Rand Merchant Bank and Standard Bank Group. It will be used to repay $64 million in outstanding project loans.

“The new facilities will support the continued growth of our business as well as extending the maturity profile of our debt beyond the current short period of increased capital expenditure,” said Tony McCluskey, Kenmare’s finance director. “It is also particularly pleasing to replace the existing project loans with a much more flexible corporate facility, underlining the company’s progress into a leading global mineral sands producer.”

Kenmare has planned to increased production volumes by more than 20 per cent from 2021.

“The original facilities were provided on terms that supported the building of the Moma Mine,” Mr McCluskey said. “However, given the strength of core cash flows being generated by the Moma Mine, the facilities provided by the new lender group, which includes both new and existing lenders, provide additional financial flexibility and are more suitable for Kenmare’s position as an established producer.”

ISME proposes up to 80% reduction for insurance payouts 14:54
O’Flynn allowed executive to pursue own projects, High Court hears 14:00
C&AG names public sector bodies that failed to file financial statements in 2018 13:16
ECB launches review that will redefine its mission and tools 13:07
Davos: Women need laws to protect them from workplace discrimination 12:58