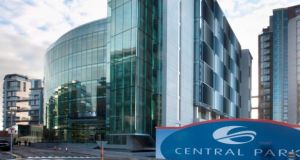 More than one quarter was wiped off the stock market valuation of Tullow Oil on Wednesday after it warned about the commercial viability of two major oil discoveries in Guyana and reported poor production in Ghana.

Shares in the company, which was founded by Irish businessman Aidan Heavey, were down by almost 27 per cent to 144.8p on the London Stock Exchange heading into the afternoon trading session, after it cut its production forecasts.

The fall was precipitated by an announcement from Tullow that said oil drilled from its Jethro and Jope discoveries off the coast of Guyana, South America, was found to be heavy and high in sulphur, making it more costly to extract.

In Ghana, technical difficulties have hampered work at Tullow’s prospects there, on top of delays at its operations elsewhere in Africa.

“We expect investors to worry about the projects’ value,” Al Stanton, an analyst at at RBC Europe, said in a note. Heavier oil is harder to produce and requires more energy to extract and transport.

Tullow struck oil twice off Guyana this year in a drilling campaign that’s been closely watched following earlier finds in the area by Exxon Mobil. Tullow’s success there helped to offset concerns over its operations in Africa, where the technical difficulties in Ghana compounded delays in Uganda and Kenya.

“The commerciality of both discoveries is still being assessed and our options are being reviewed,” Tullow spokesman George Cazenove said on Wednesday. “The quality of the reservoir and the significant overpressure are positive, and while oil of this type is sold in global markets, we need to do more work on the various parameters.”

Tullow also reduced its 2019 oil-output forecast, citing the problems in Ghana. It now expects to pump an average of about 87,000 barrels a day this year, down from previous guidance of as much as 93,000 a day.

In the morning session Tullow was the worst performer on the Stoxx Europe 600 Oil & Gas index. Eco Atlantic Oil & Gas, a partner in one of the Guyanese blocks, tumbled 50per cent.

“Tullow remains confident of the potential across the multiple prospects” in the country’s Orinduik and Kanuku blocks, the now London-based company said in a statement.

Results from the next well in the drilling campaign – Carapa – are expected by the end of the year. – Additional reporting: Bloomberg

1 How can I view my dead brother’s will if I’m not the executor?
2 Galway development could transform skyline with 21-storey tower
3 Russian oligarch tees up €85m sale of Dublin’s Morrison Hotel
4 Just 8,000 houses built last year offered for sale on open market, says CIF
5 Only a quarter of Irish firms confident about cybersecurity
6 Google users in UK to lose EU data protection, sources say
7 Ryanair appeals over its failed defamation action against pilots
8 Bursting of Tesla bubble a case of ‘not if, but when’
9 Publicans, builders and restaurateurs make peace with the Revenue
10 Walmart disappoints with weak sales volumes over Christmas
Real news has value SUBSCRIBE