New all-Ireland system could save businesses and consumers €200m 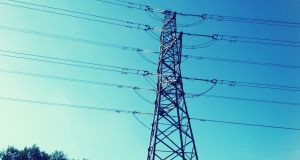 Software problems threaten to delay the launch of a new all-Ireland electricity market that could ultimately save businesses and consumers €200 million a year.

A new single electricity market, designed to boost efficiency and align Irish energy costs more closely with those in Europe, is due to launch on May 23rd.

However, it has emerged that problems with the software needed to run the system are threatening to delay the launch.

National electricity grid operator Eirgrid confirmed on Wednesday that it had told the single electricity market committee that third-party software sellers had to resolve a number of information technology defects before the May launch date.

“The identification of such defects during market trials is common to all projects of this scale and scope,” Eirgrid said.

The State company added that the software vendors were “working hard” to resolve the difficulties and that the single electricity market office was still working towards the May 23rd launch date.

The software is needed to keep track of potentially millions of transactions between market players as they trade electricity.

Ireland north and south has had a single electricity market since 2007. A review of the current system prompted Eirgrid, its Northern Ireland subsidiary, Soni and energy regulators to introduce reforms. The EU approved the plans late in 2017.

Those changes will include a cut in standby payments made to power generators for keeping idle plants ready to supply electricity to the system should they be needed.

The new system is meant to favour the most efficient electricity suppliers. It could cut energy bills for businesses and consumers by up to €200 million a year.