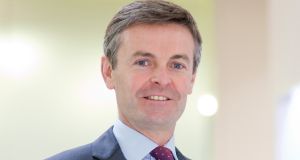 Tullow Oil said on Monday it plans to sell $650 million (€527m) of seven-year bonds to refinance the same amount of debt that is due to be repaid in 2020.

The move comes Standard & Poor’s (S&P), one of the world’s top three credit ratings agencies, raised its stance on the Tullow Oil by one level to ‘B+’, which remains four levels off what it considers to be investment grade.

The oil and gas explorer’s net debt fell by over $1.3 billion last year to $3.5 billion with the help of $790 million raised through the sale of stock in a rights issue offering to shareholders last April. In November the completed a $2.5 billion bank debt refinancing.

The deal was helped by resolution in September of a maritime border dispute between Ghana and the Ivory Coast which enables Tullow to resume drilling new wells in its key TEN oil field, which went into production in August 2016.

S&P said it expects that a recovery in oil prices, with Brent oil futures having surged 44 per cent over the past nine months to about $64.70, should help Tullow hasten the pace at which it is lowering its debt burden.

“The upgrade follows Tullow’s balance-sheet deleveraging process, which started in 2017 and will likely accelerate this year,” said S&P. “In our view favourable year-to-date oil prices and our oil price assumption for the rest of 2008 [$60 per barrel versus our previous working assumption of $55], proceeds from agree divestments and cost-cutting initiatives underpin the current positive momentum.”

S&P estimates that Tullow will generate $700 million of free operating cash flow this year, including proceeds from the sale of its stake in its project in Uganda, agreed last year, up from a previous estimate of about $400 million.