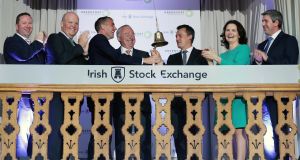 The company raised €270 million when it floated in London and Dublin last year.

The company announced a move to acquire the facility late last year. It also said it has agreed a new €250 million revolving credit facility with five banks.

The acquisition takes Greencoat Renewables’ generation capacity to 194MW and total borrowings to 43 per cent of gross asset value.

The company, which raised €270 million when it floated in London and Dublin last year, said it is to buy from Impax Asset Management.

The farm consists of 11 Vestas V112 turbines. As a newly built asset, it will benefit from a full 15 years of REFIT-2 revenues, guaranteeing a minimum floor price for the electricity produced by the asset, Greencoat said.