Calor Gas launches renewable product for domestic and business use

BioLPG can lead to carbon emissions savings up to 90%, says Calor 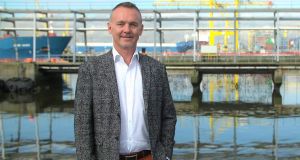 Calor Gas has launched a renewable liquefied petroleum gas (LPG) for homes and businesses that offers up to 90 per cent lower emissions than existing LPG products.

The product, made of recycled materials and vegetable oils, is “virtually identical” to existing LPG products, Calor says, and the price of the BioLPG is similar to existing products on the market as customers can offset carbon tax.

“For the first time, businesses and homes all over Ireland will be able to choose a renewable gas. They will be able to make a cleaner, more sustainable choice,” said chief executive Gino Vansteenhuyse.

The company noted that if 500,000 homes switched from using oil-fired central heating to BioLPG, it would save about 2.5 million tonnes of CO2 emissions per year – equivalent to taking 1.25 million cars off the road.

The price of bulk LPG at the moment ranges from 7.5c per kilowatt hour (KwH) and 8.5c per KwH. Oil, on the other hand, ranges from 6.76c per KwH and 8.4c per KwH, depending on the grade of oil used, according to figures from the Sustainable Energy Authority of Ireland.

Calor’s BioLPG will have a similar price tag to the current LPG offering “depending on the pricing bundle customers choose”, a spokesman said. “However, allowing for the offset of carbon tax, the price of BioLPG will be the same or close to our existing LPG product,” it added.

Calor suggested that BioLPG can lead to carbon emissions savings up to 90 per cent.