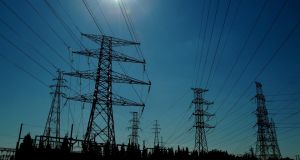 The new single wholesale electricity market, designed to boost efficiency and align Irish energy costs more closely with those in Europe, was due to launch on May 23rd

Software problems will delay the launch of a new all-Ireland electricity market that could save consumers and businesses €200 million.

A new single wholesale electricity market, designed to boost efficiency and align Irish energy costs more closely with those in Europe, was due to launch on May 23rd. However, the Single Electricity Market committee, which is overseeing its launch, confirmed on Tuesday that it would launch on October 1st rather than that date.

The extension is needed to allow regulators, grid operators and suppliers to bed down new information technology systems required to run the market.

A committee statement said that, following talks with those who will be taking part in the market, it decided that the extension was needed to allow further testing of the software. The body has informed the Republic’s Department of Communications, Climate Action and Environment and Northern Ireland’s Department for the Economy.

“This additional period is seen as essential to allow for residual IT system issues to be resolved and for a longer period of market testing and trialling that will ensure the arrangements for the Integrated Single Electricity Market [ISEM] go-live are effective,” the committee said.

Rodney Doyle, group director of market operations at Eirgrid, the Republic’s national electricity grid manager, pledged that it would work with all market participants to address their concerns.

“The decision to postpone the launch date of the new market is prudent as it will facilitate the completion of final testing of the core ISEM software,” he said. “It will also allow market participants to ensure that their IT systems are ready.”

“It is vital that the transition to ISEM is as seamless as possible,” he said.

“This postponement will also give customers additional time to become more familiar with the details of the new electricity market.”

Ireland north and south has had a single electricity market since 2007. A review of the current system prompted Eirgrid, its Northern Ireland subsidiary, Soni and energy regulators to introduce reforms. The EU approved the plans late in 2017.

The new system is meant to favour the most efficient electricity suppliers. It could cut energy bills for businesses and consumers by up to €200 million a year.