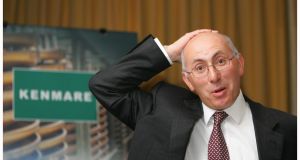 Davy Stockbrokers has upgraded its forecasts and valuations for Irish explorer Kenmare Resources following an increase in its product prices.

The titanium and zircon mining company, which operates the Moma mine in northern Mozambique, moved back into profit in the first six months of the year on the back of increased prices and sales volumes. Revenues were up 82 per cent.

In a note on Tuesday, Davy said it was taking the decision to upgrade the outlook for the company “principally for higher product prices”.

“Earnings at the group are recovering, aided by a stronger market but also improved execution,” it said. “We believe the stock remains very undervalued.”

The most significant changes to its estimates relate to better-than-expected product prices. “Specifically, we upgrade our 2017 ilmenite price to $163/tonne (+5 per cent) and our achieved zircon price by 16 per cent to $644/tonne,” it said.

Operating cash flow in 2017 is $45 million, which represents a 25 per cent increase on Davy’s prior estimate. For 2018, the corresponding figures are $49 million and 32 per cent respectively.

By the end of 2018, the group is forecast to have net cash of $25 million despite an estimated 87 per cent year-on-year jump in capital expenditure.

Davy’s new net asset valuation is 543p, which is an increase of 14 per cent on its previous valuation.

The stockbroker also said its 2018 ilmenite and zircon prices are 2.9 per cent higher and 2 per cent lower respectively relative to its implied forecast for the second half of 2017.

“We view the price assumptions as measured,” it said. “Specifically, we are cautious on zircon in light of the return to production of Iluka’s Jacinth-Ambrosia mine in late 2017, which at peak production can supply 25-30 per cent of global zircon demand.

“Our forecasts retain a $100 million investment in the 2018-2020 period to maintain and grow production in excess of 1 million tonnes of ilmenite per annum beyond 2019 when ore grade is expected to decrease.

“However, management reports that investment may be significantly lower or deferred depending on the preferred development option.”