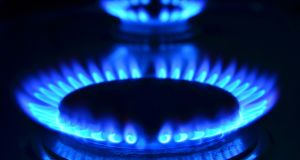 Vayu noted that winter gas prices have risen by 8 per cent in the past six weeks.

Irish wholesale gas prices are set for “considerable” volatility this winter, following a 30 per cent year-on-year surge in the fuel’s cost in August.

The latest monthly Vayu energy report said the market had recovered much of the value lost over the year to date, with wholesale prices now back at levels last seen in late February.

Supply issues in Norway have resulted in the level of gas being supplied into the UK being less than the demand, which has had a significant impact on the wholesale gas price, it said.

Meanwhile, an alliance of UK energy companies warned last month that a recent decision in June to permanently close Centrica’s Rough storage unit off the Yorkshire coast, the country’s largest such site, will leave the UK more dependent on imports and greater volatility in prices.

Ireland imports much of its gas needs through the UK, even though the Corrib field off the Mayo coast, which started production in late 2015, has the potential to meet up to 60 per cent of the country’s gas needs and is expected to supply fuel for up to 20 years.

“We are anticipating considerable energy price volatility this winter, which could be worrying for businesses as this is the time when their energy usage is at its highest,” said Keith Donnelly, an energy analyst with Vayu, noting that winter gas prices have risen by 8 per cent in the past six weeks.

“If Irish businesses enter this period without some hedge against the risk of rising prices, the volatility could lead to significant price shocks,” he said.

Separately, the Canadian Pension Plan Investment Board filed with Irish competition authorities in recent weeks for approval of its plan to buy out Shell’s 45 per cent stake in the Corrib gas field in a deal worth between €830 million and €1.08 billion. The deal, announced in July and expected to close next June, will bring an end to Shell’s involvement in the most controversial infrastructure project in the State’s history.

Discovered 21 years ago, the field was dogged by years of opposition before natural gas started flowing almost two years ago.