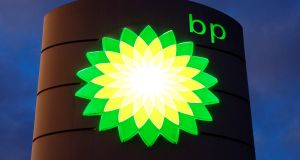 Acquisition will give BP high-quality oil assets in the US and rebalance its business in the country, which has largely been focused on gas production. Photograph: Reuters/Arnd Wiegmann

BP has agreed to buy BHP’s US shale assets for $10.5 billion (€9 billion) in a deal the UK oil major hopes will give it access to key acreage as crude prices rebound from lows that caused years of pain for drillers and refiners.

The acquisition comes as some of the world’s biggest energy companies seek to secure US shale assets, staking a claim on a sector that has emerged as a large source of relatively low-cost oil supply.

It will give BP high-quality oil assets in the US and rebalance its business in the country, which has largely been focused on gas production.

BP will be playing catch-up with rivals that made investments in the US onshore business as the UK company was focused on the aftermath of the Deepwater Horizon disaster in 2010, which cost it tens of billions of dollars in damages.

In its largest acquisition since then, BP will buy the BHP unit that holds assets in the Eagle Ford and Permian basins in Texas – among the most abundant North American oilfields – as well as the gas-rich Haynesville region in Texas, Louisiana and Arkansas.

The carrying value of the assets in BHP’s last annual report was $14 billion and they produce about 190,000 barrels of oil equivalent a day, which takes into account both oil and gas output. BP currently produces about 315,000 boe/d onshore in the US.

Bob Dudley, BP chief executive, characterised the purchase as “transformational” and said it was “a major step” in reaching the company’s goal of boosting its oil drilling capacity.

He added that the company was so confident in the transaction and the group’s prospects that BP would increase its dividend for the first time in more than three years. It would also divest assets worth $5 billion-$6 billion to fund share buybacks.

The deal marks a humbling retreat from the US shale sector for BHP. The Anglo-Australian miner acquired the unit at the height of the commodities boom when oil prices topped $100 a barrel and it bet $20 billion on US shale.

The company became one of the top 10 shale producers in the country but the oil market downturn that followed led to billions of dollars of impairments and write-downs and sparked a wave of defaults in the industry.