Losses at Petroneft narrow despite drop in revenue

Production falls but remains ahead of targets 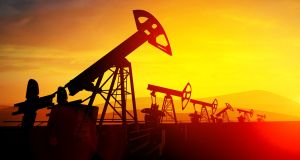 Losses at oil and gas exploration firm Petroneft narrowed in 2017, as the company implemented a cost cutting plan.

Production also fell during the year, but stayed ahead of expectations.

The company said two horizontal wells drilled at South Arbuzovskoye in 2016 are experiencing natural decline, but were performing above expectations.

“In 2017 we also saw continuing challenges for the industry in what remains an uncertain environment, with further volatility both geopolitically and in terms of the oil price internationally,” said chairman David Golder in a statement.

“Our production for the year was ahead of expectations and we have implemented a range of cost cutting measures including salary deferrals and reductions by the board and senior management.”

The company said mixed results of the additional delineation well at Sibkrayevskoye announced in October has led to another delay in commencement of production, with a further review of the well results and development options underway.

Looking ahead, Petroneft said its principal near-term objective is the development of the northern oil fields on Licence 61 together with our partner Oil India. “However, we have not lost sight of our longer-term objective of securing assets outside our current licences to provide growth for the future,” Petroneft said. The company appointed Pavel Tetyakov in 2016 to develop new business in Russia. “Since this appointment, we have been very active in pursuing opportunities since then and are far advanced on one particular transaction with due diligence and legal agreements well advanced,” the company said. “ We expect to be in a position to announce a firm deal in Q3 2018.”

10 When will we travel again? Nobody knows