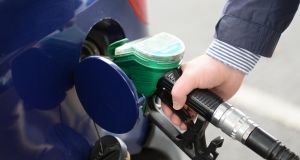 Petrol stations are losing millions of euro a year due to customers driving off without paying.

Renewable energy entrepreneur Eddie O’Connor is seeking to raise €10 million of investment for his latest venture, Supernode, which aims to develop technology to make it more efficient to connect offshore wind platforms to customers, according to the Sunday Independent.

The firm will use patentable, cutting-edge technology involving extremely thin, superconductive metals that have to be cooled with liquid nitrogen, as opposed to power cables made out of thick, heavy and reinforced copper wire, Mr O’Connor told the newspaper.

Mr O’Connor is chairman of Mainstream Renewable Power, a wind and solar energy group he founded in 2008 after the sale of his previous company Airtricity’s assets.

Danish insurer Gefion, which has 30,000 policyholders in Ireland, has been ordered by authorities in Copenhagen to set aside an additional €5 million of capital to cover regulatory shortcomings and to cease expanding beyond renewing existing policies, according to the Sunday Times.

The newspaper noted that Gefion has said that it “strongly disagrees with the decision to impose a capital add-on and will take steps to appeal decision”. The move comes just months after the collapse of two Danish insurers, Qudos and Alpha, forcing brokers in Ireland to find alternative coverage for thousands of customers, it said.

The Sunday Times also reports that Dublin-based investment company Carlyle Capital is understood to be considering launching a standalone private equity fund after its joint venture with US investment group Carlyle comes to an end later this year.

The Carlyle Cardinal Ireland’s current holdings include stakes in AA Ireland and the Sports Surgery Clinic in Santry, while investments in recent years have included chocolate company Lily O’Brien’s and payments firm Payzone.

Paddy Power co-founder says gambling may get ‘stench like cigarettes’

Stewart Kenny, a co-founder of bookmaker Paddy Power, has said that the gambling industry is in danger of getting a “stench like cigarettes” unless steps are taken to make its products less addictive, according to the Sunday Business Post.

The newspaper said that Paddy Power Betfair has closed more than 200,000 accounts belonging to problem gamblers in recent weeks as the group, recently renamed at a corporate level as Flutter Entertainment, has become increasingly worried about the reputational damage of gambling addiction.

Group chief executive Peter Jackson said last year that the company needed to step in when customers were showing signs of problem gambling.

Petrol stations lose millions a year due to ‘drive-offs’

Petrol stations are losing millions of euro a year due to customers driving off without paying, with many operators in the sector reluctant to discuss the problem publicly for fear that the problem may become more widespread, the Sunday Business Post reports, citing Irish Petrol Retailers Association (IPRA) documents.

The IPRA documents, which have been supplied to Minister for Transport Shane Ross, said that fuel stations lose over €2.5 million a year from such practices and that a “limited response” from an Garda Síochána has caused more people to take a chance.