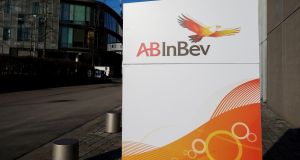 Anheuser-Busch InBev, the world’s largest brewer, is selling its Australian operations to Japan’s Asahi for $11.3 billion (€10 billion) and could revive the stalled flotation of its Asian business as it looks to cut debt.

The Belgium-based brewer, weighed down with debt after its 2016 acquisition of rival SABMiller, said on Friday it had agreed to sell Australian subsidiary Carlton & United Breweries (CUB) at an enterprise value of A$16 billion (€10 billion).

For Asahi, the deal is its biggest ever and, according to a source close to the negotiations, will turn the Japanese firm into the world’s third biggest brewer after AB InBev and Heineken.

The transaction comes only a week after AB InBev shelved an initial public offering (IPO) to sell a 15 per cent stake in its Asian operations, including Australia, citing factors including unfavourable market conditions.

The source said Asahi had expressed interest in buying the Australian unit earlier this year but discussions only took off after the IPO plan collapsed.

“AB InBev was quick in reengaging with Asahi as they could raise pretty much the same amount of cash they were aiming for with the IPO,” the source said, adding talks took place in Hong Kong and London.

What would have been the world’s largest flotation this year, raising up to $9.8 billion for AB InBev, ended up being the third-largest ever to be withdrawn. Sources close to the matter said investors had baulked at the price.

AB InBev said on Friday it still believed in the rationale of offering a minority stake of Asian business Budweiser APAC, now excluding Australia, provided it could be completed at “the right valuation”.

The brewer, which had billed the IPO as a means to drive regional consolidation, said the Australia sale would help it to accelerate expansion into other fast-growing markets in the region and globally.

Without Australia, a large but mature market, AB InBev’s Asia-Pacific operations would be more skewed towards faster-growth markets such as China, where AB InBev sells more Budweiser than in the United States.

With the inclusion of Vietnam and India, too, the IPO could prove more attractive than before.

Bernstein Securities analyst Trevor Stirling said the Australia business was a profitable cash cow, but an IPO without it could yield a higher valuation.

However, a question mark would remain over AB InBev’s more mature South Korean business, given that it had bought it back from private equity group KKR in 2014. – Reuters

1 Tobacco makers still trying to make a mint from Irish menthol market
2 ‘I’m so lucky to be in the Caribbean – a million miles from Derry Girls’
3 Ryanair expects air fares to fall when flights take off again
4 Tax and the Pandemic Unemployment Payment: Your questions answered
5 Household savings soar as consumers stop spending
6 ‘The recovery needs to be a full-scale economic renewal’
7 Joint accounts: if one of us dies, can the other access the money?
8 How to . . . move (almost) everything to your new phone
9 1,500 retailers gear up to reopen next week
10 Judgments for huge sums two-a-penny at Commercial Court
Real news has value SUBSCRIBE