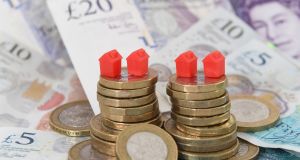 “The recent return to growth signalled by the manufacturing and services PMIs provides a clear indication that the UK economy is no longer flat on its back,” said Tim Moore, associate director at IHS Markit.

UK business activity expanded at a steady pace in February, according to a closely watched survey, suggesting that a post-election economic bounce could continue.

Any reading above 50 means the majority of managers believe their businesses are growing. Economists said the figure indicated the UK economy could be gaining momentum, but warned a return to strong growth was far from guaranteed.

The data follow a subdued year for the economy, with the UK’s gross domestic product stagnating in the final quarter of 2019, and the composite PMI falling below 50 for the last four months of the year.

“The recent return to growth signalled by the manufacturing and services PMIs provides a clear indication that the UK economy is no longer flat on its back,” said Tim Moore, associate director at IHS Markit.

He added that the figures pointed to GDP growth of 0.2 per cent in the first quarter of 2020, in line with forecasts from the Bank of England.

Managers who responded to the survey said that receding political uncertainty in the wake of the election meant clients were more willing to spend, resulting in a rebound in demand, as well as improved staffing numbers and average prices.

The past two months have featured the largest expansion of private sector output since September 2018, much of which was down to improved activity in manufacturing, where the PMI rose to 51.9 from 50.0 in January.

But many respondents cautioned that activity had been disrupted by the coronavirus outbreak, with China’s efforts to control the spread of the disease resulting in the cancellation of orders from Asia and a record long extension of suppliers’ delivery times.

“These disruptions are threatening global supply chains as businesses look for new supply routes away from the epicentre of the outbreak whilst under pressure to maintain normal business levels,” said Duncan Brock, group director at Cips, which carried out the survey.

Economists warned that uncertainty over the virus and other issues, including trade talks with the EU as the UK works out its relationship with the bloc, meant a positive trajectory was far from guaranteed.

“The upside for business willingness to commit to investment and major projects may be limited by still significant concerns and uncertainties over the UK-EU relationship,” said Howard Archer, chief economist at EY ITEM Club.

“This may make it difficult for the economy to kick on after a likely pick-up in the early months.” – Copyright The Financial Times Limited 2020