Legal eagles yet to land; economy to grow 3.4% this year; and CEOs on social media 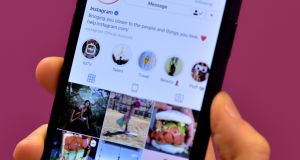 Pilita Clark’s considers the use of social media by the bosses of the corporate giants like BP, arguing that while it can be risky, authenticity is rewarded by the public.

One of the world’s largest law firms has 206 solicitors certified to practice in the Republic, but it doesn’t have an office here. Colm Keena reports on how fees from Allen & Overy would have generated €545,900 for the Law Society last year.

On the economy front, EY is predicting growth of 3.4 per cent this year before moderating in the years to come, as it revised its forecasts upwards in the aftermath of an election. If follows a weekend report by ratings agency Moody’s which said global taxation shifts are unlikely to materially weaken the existing stock of foreign direct investors in Ireland.

Colm Keena reports on a Dublin company, legally owned by a retired accountant and his wife and linked to British celebrity chef, Heston Blumenthal, was receiving payments of £1 million (¤1.2 million) a year from a high-end Australian restaurant that has now collapsed owing millions to its workers.

Independent Seanad candidate and former Ireland rugby star Hugo MacNeill has stepped back from his role with investment bank Goldman Sachs in order to run for the upper house of the Oireachtas.

Belfast Harbour wants to develop six new film and television studios as part of a £45 million (€54 million) investment project, which it believes has the potential to support 1,000 creative industry jobs in the North.

Northern Ireland consumers will be “hit hardest” if the UK fails to secure “pragmatic solutions on future compliance and regulatory checks” in the UK-EU Brexit negotiations, a leading industry retail body has warned. It comes as the latest survey from Intertrade Ireland showed cross Border trade on the island reached an all time high of €7.4 billion in 2018.

On the recent changes to Boris Johnson’s cabinet, Chris Johns writes that the peculiar way in which the UK is currently being run sees Boris Johnson as the chairman of the board and Dominic Cummings as the (unelected) CEO. He warns that after last week’s changes at the Treasury, Cummings might have the Bank of England’s independence in his sights.

Finally, Pilita Clark’s column considers the use of social media by the bosses of the corporate giants like BP, arguing that while it can be risky, authenticity is rewarded by the public.