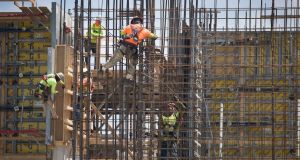 The US economy added more jobs in June than it has in any other month this year, easing concerns of an impending slowdown and reducing the chance of aggressive cuts to interest rates later this year.

Bonds and US equities fell following the release of the data, which cemented expectations that the Federal Reserve would reduce interest rates by 25 basis points this month – rather than 50 basis points, as many investors had anticipated.

Investors also scaled back expectations that the US central bank might reduce interest rates twice this year, despite pressure from President Donald Trump for it to cut as aggressively as possible.

“The probability of several rate cuts has diminished as a result of today’s report – though one cut is still very likely,” said Gad Levanon, an economist at the Conference Board. “Consumer spending is 70 per cent of the US economy, and is still not showing any sign of slowing down.”

Non-farm payrolls rose by a net 224,000 last month, according to the department of labour, more than forecasts of 160,000 jobs, and marking a recovery from May’s unexpectedly weak result of 72,000.

The unemployment rate went up from 3.6 per cent to 3.7 per cent thanks to more Americans entering the jobs market. Wages continued to rise at the same pace as the previous month, at 3.1 per cent year on year.

Mr Trump welcomed the figures on Friday, calling them “really, unexpectedly good”. But he also used the opportunity to renew his attack on the Fed, saying: “If we had a Fed that would lower interest rates we’d be like a rocket ship. But we’re paying a lot of interest and it’s unnecessary. We don’t have a Fed that knows what they’re doing.”

Overall economic growth also looks to be slowing down. The Atlanta Fed’s GDP tracker now suggests there will be annualised growth of 1.3 per cent in the second quarter, sharply below the 3.1 per cent expansion in the first three months of the year.

Luke Bartholomew, investment strategist at Aberdeen Standard Investments, said the latest jobs numbers were “good”, but a rate cut from the Fed in July was “inevitable”. – Copyright The Financial Times Limited 2019

7 Brexit red tape: ‘If nothing changes, Ireland will be closed’