There is a social gradient in ill health and earlier deaths: Poor people die younger 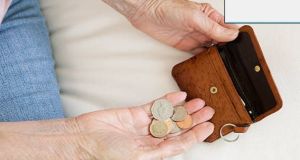 Poor life expectancy today is related to many factors such as deprivation, social class and education level. Photograph: Getty Images

One of the best indicators of human wellbeing is that we are now living longer. The last official figures, based on the 2011 Census, showed life expectancy at birth for men was about 80, and for women almost 83.

Over the preceding century life expectancy has grown massively by over 26 years. A child born in 1911 could only expect to reach 54 years on average, although if that child reached their teens this rose to 64. This was because infant mortality and subsequent childhood diseases took a huge toll at that time. In addition, the lives of many women born at that time were shortened through deaths in childbirth.

Prof Brendan Walsh has charted how improvements in child and maternal mortality were the big drivers of improved life expectancy in the first half of the 20th century, while better health in old age is now the most significant factor.

Life expectancy has continued to rise in the first decade of this century, with boys born in 2011 expected to live three years longer than those born in 2002. We still lag a little behind the best-performing EU states, although ahead of most Eastern European countries.

The new life tables based on the 2016 Census, when available, are likely to show there has been a continuing increase. It will be important to fully factor growing life expectancy into our population projections to estimate what we need to provide for our future older population in terms of health, social care and pensions.

Funding old age will be a key challenge for the generation entering the labour market today.

Poor life expectancy today is related to many factors such as deprivation, social class and education level. International and Irish studies show there is a social gradient in ill-health and earlier deaths: poor people die younger.

Social determinants of health include income; access to public services; psychosocial factors like stress and isolation; and behaviour or lifestyle factors like smoking, diet and exercise.

CSO data just published show that life expectancy at birth for those with limited education, those living in Ireland’s most deprived communities, and those from an unskilled social class is much lower than for the rest of the population. Professionals and those with a third-level education live longer.

No one factor, such as education, is the cause of lower life expectancy; rather it is a symptom of a high degree of social deprivation and poorer life chances among those who have left school early.

For example, children with psychological or social problems from a deprived background may drop out of school early. In such cases the low level of educational attainment is a result of other underlying problems. Nonetheless, research elsewhere does suggest that, controlling for other factors, education does have some significant effect on life expectancy.

Today, when the great majority do a Leaving Cert, school drop-out may be associated with other life difficulties such as family breakdown, mental health issues or involvement in drugs. Those concerned may be more vulnerable to risky lifestyles, such as reckless driving or involvement in criminality, which carry a greater likelihood of early death.

So while lack of education may not be a cause of premature death, it may be linked to other high-risk factors.

A 2012 ESRI paper (FitzGerald, Byrne and Žnuderl) showed that a higher death rate among those with only primary-level education was particularly striking for young men under 35. Young women with limited education also had a lower life expectancy, but the difference was much smaller than in the case of young men.

Most deaths of young men are due to injuries, not to natural causes, with suicides and road deaths the most common. Such deaths are more likely among the socially vulnerable or those with risky lifestyles.

An important factor in these early deaths among men are incidents involving cars. Thankfully since 2006 this has been a key area of Irish behaviour that has seen a transformation. Deaths arising from motor incidents for males aged between 15 and 29 have been halved, and there has also been a reduction in deaths due to suicide. This reduction in deaths will have significantly increased life expectancy for this particular disadvantaged cohort over the last decade.

Inequality in life expectancy has received much less attention than income inequality.

Much of the commentary on our health system focuses on waiting times for hospital treatment. Arguably we should be paying just as much attention to problems of poverty and education drop-out as determinants of health outcomes.