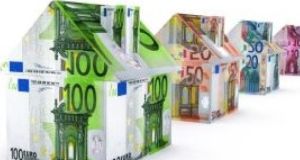 A total of 4,926 mortgages were approved during May, of which 2,520 were for first-time buyers

The number of mortgage applications approved by lenders rose 10.1 per cent in the year to the end of May, new figures show.

“Mortgage approvals in May show a significant increase in both volume and value compared to the previous month as well as the previous year. In line with the broad pattern over recent months this uplift in activity is very evident in the first-time buyer segment of the market, which continues to account for just over half of all mortgage approvals,” said Felix O’Regan, director of public affairs at Banking & Payments Federation Ireland, which compiled the data.

The figures show that while re-mortgage/switching approvals were not as strong as those for first-time buyers, they still rose on a year-on-year basis by 7.5 per cent in volume and 5.1 per cent in value terms.

The total value of all mortgages approved in May rose 12.1 per cent year-on-year to €1.14 billion.

“Ongoing growth in the market overall is reflected in the 47,354 mortgage approvals to the value of €10.5 billion which have been issued by lenders to borrowers in the 12 months to end-May 2019,” said Mr Regan.

“All in all, these approval figures point to a good pipeline of mortgage drawdown activity,” he added.

According to the most recent data available, 8,577 new mortgages, to the value of €1.88 billion were drawn down by borrowers during the first quarter, up 8.9 per cent compared to the same quarter a year earlier.

The value of such drawdowns was up 10.6 per cent versus the first quarter of 2018.