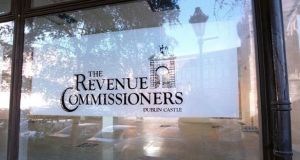 The support scheme is administered by Revenue.

Some of the biggest names in Irish retail, including Brown Thomas, Arnotts, Avoca and Insomnia, availed of the Government’s Covid-19 wage support scheme last year.

Revenue has published the names of some 39,800 companies that availed of the employment wage subsidy scheme (EWSS) in 2020.

The corporate entities on the list included airport authority DAA. The Irish Times was also among the companies availing of the support.

The scheme, which is administered by Revenue, saw the Government step in and pay up to 85 per cent of the wages of employees in companies adversely impacted by the pandemic.

In order to qualify, companies have to show they are operating or expecting to operate at no more than 70 per cent of turnover.

Payments were made in respect of 443,100 employees, Revenue said.

Approximately €1.4 billion was paid out under the EWSS, which replaced the Government’s Temporary Wage Subsidy Scheme (TWSS) in September.

Almost €3 billion was paid out under the TWSS.

The current EWSS scheme was initially scheduled to run only until the end of March 2021.

However, this has been extended until the end of 2021 amid a renewed pick-up in Covid-19 cases and a further lockdown.

Revenue said that not all employers who registered for EWSS are included on the published list, as some who registered under the programme did not receive any payment, while others subsequently completed a process of “reversing out” of the scheme.

It also warned that employers who are ineligible for the scheme will be required to refund all payments and make good on all underpaid PRSI.

It said the legislation setting up the scheme permits the publication of the name and address of each employer that received EWSS payments.

It does not, however, allow for the subsidy amounts paid to each employer to be published.