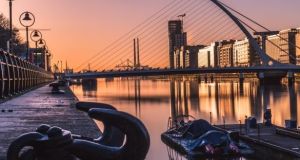 FDI into Europe was down by 6 per cent to 6,344 projects last year with capital investment spending falling 11 per cent to $214 billion

The number of foreign direct investment (FDI) projects into Ireland fell by 8 per cent last year to 203, according to new figures.

The decline comes as FDI into Europe was down by 6 per cent to 6,344 projects with capital investment spending falling 11 per cent to $214 billion (€181.6 billion).

The Republic was ranked 9th in Europe for inward FDI with Britain the top destination with a total of 1271 projects last year. This marks a 1 per cent decline versus 2018 but still gives Britain an overall regional market share of 20 per cent.

Germany was the second most popular FDI destination in Europe with 702 projects, according to the study published by FDI Intelligence, part of the Financial Times group. Rounding out the top five are Spain with 658 projects, France with 500, and Poland with 373.

The Republic was in seventh place for FDI by capital investment into Europe with $11 billion, giving it a 5 per cent regional market share. Britain led with $32.3 billion with Russia and Poland coming behind with investments of $23.6 billion and $21.8 billion respectively.

Germany topped the list of FDI out of Europe by capital investment with $69.7 billion in spending on 1395 projects. The Republic was ranked 8th in Europe with spending of $10.2 billion on 228 projects.

Consulting firm EY recently predicted a 20 per cent decline in FDI projects in the Republicthis year because of the Covid-19 crisis.

The State climbed two places to eighth position out of 47 countries in a ranking of most attractive European locations for FDI last year.