Recovery for many is still only in economic reports

Our disposable incomes are rising once more, but so is the cost of housing and rent 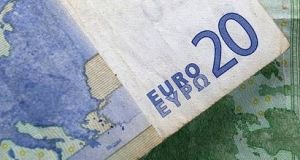 Households are benefiting once more from higher incomes, and they are now rapidly approaching Celtic Tiger highs. Photograph: Getty Images

Too many of us are living lemonade lifestyles on champagne budgets, judging by Ibec’s pronouncement’s on the financial wellbeing of the Irish.

Drawing on recent economic statistics, the business employers’ group found that the Irish population was prosperous, propertied and flush; indeed our “net wealth position” has never been better.

This begs the question, of course, as to why so many of us feel that lemonade (and own brand at that) is all we can afford.

Yes, our disposable incomes are on the rise once more, with figures from the Central Statistics Office’s survey on income and living conditions for 2016 showing that households are benefiting once more from higher incomes. They are now rapidly approaching Celtic Tiger highs – and this is on a post-tax basis.

And our earnings are also on the rise, with early figures suggesting that Irish earnings grew the most on a “real” basis – i.e. accounting for inflation – across the European Union during 2017. However, the danger in relying on specific statistics is that they don’t always give the full picture.

Disposable incomes may be rising once more but they have been put under tremendous pressure by the cost of housing.House prices are rapidly approaching boom-time highs, while rents continue to hit new records; in 2017 Irish rents grew at over six times the median of the other EU15 countries, said Ibec.

Secondly, when it comes to earnings it’s not a case that wages are growing rapidly everywhere and we’re just the best. Rather it’s the case that we’re the best of a bad bunch.

Across Europe wage growth is stagnating, with real growth of just 0.4 per cent across the euro zone in the first half of 2017. In some economies, such as the UK, the Netherlands and Italy, wages are actually falling.

In the UK the crisis in earnings growth over the past 10 years has been described as a “lost decade” by economic commentators.

So while Irish households are undoubtedly in better shape than they might have been even just a few years ago, the recovery for many is still the subject of economic reports rather than their wallets.