Contact lens maker one of largest employers in midwest with revenues up 3% to €1.05bn 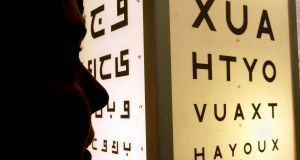 The Limerick-based company is one of the largest employers in the midwest, with staff numbers last year increasing from 952 to 1,008 at the business which manufactures and distributes contact lenses.

The directors state they expect the general level of activity to continue for the foreseeable future “despite ongoing competitive challenges in the marketplace”.

The business recorded post-tax profits of €427.6 million after paying corporation tax of €36.5 million.

The profits take account of non-cash depreciation costs of €53.7 million and research and development costs of €9.5 million. The company also received R&D tax credits of €5.4 million.

The company paid out no dividend last year: it paid a dividend of €320 million in 2017.