Storm Emma blamed for drop in profits and revenues at Elverys

Company continues with refurbishment and closure of non-performing shops 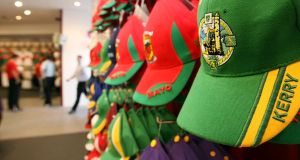 Elverys said that the shortening of the GAA season had hit sales. Photograph: Cathal Noonan/Inpho

Storm Emma blew Intersport Elverys off course last year, with profits slumping by 67 per cent to €86,869, the company disclosed in accounts just filed at Companies Office.

The sports retailer, which operates 51 stores around the country and online, also blamed the timing of key sporting events for the setback. Revenues slipped by a more modest 3.5 per cent to €77.1 million from €79.8 million previously.

The shortening of the GAA season had hit sales, the Castlebar-headquartered company said. It also cited competition and Brexit uncertainty as contributing factors.

The directors also said the company continues to refurbish existing stores. It had closed non-performing stores and relocated a store in Thurles. They said that they remain optimistic about the prospects of the company as a result of the upward trend in consumer sentiment coupled with an improvement in the general economic climate here.