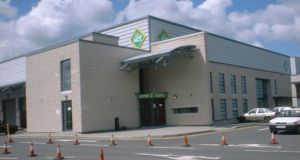 The revenues from National Car Testing declined from €71.82 million to €71.38 million and this follows a decline the number of tests carried out last year.

The chief factor behind the increase in revenues was €1.2 million last year generated from the National Standards Authority of Ireland that did not occur in 2017.

Revenues from testing actually slipped marginally – to €71.38 million from €71.82 million in 2017 – as the number of cars presenting for tests fell. Figures published by the NCT show that the number of tests carried out last year totalled 2.023 million – 1.34 million full tests and 680,763 retests. That indicates that one in every two cars presenting for a test in the 12 months had to return for a retest.

The National Car Testing service had completed 2.043 million tests in 2017. The directors said that the number of vehicles tested in 2018 was ahead of the company’s 10-year business plan. Productivity remained consistent with previous years. they said.

The company also generated €2.2 million in revenues from other ancillary income and €4 million from VRT Import Conformance Inspection.

The national car test was introduced in 2000 on foot of an EU directive. Applus has been operating the NCT since 2010 and the contract expires next June. The directors said that they are in the process of re-tendering for the business with the Road Safety Authority (RSA).

The business employed 802 people last year, 12 fewer than in the previous 12 months, but staff costs rose to €34.34 million from €34 million. Remuneration for the firm’s directors last year totalled €247,013.