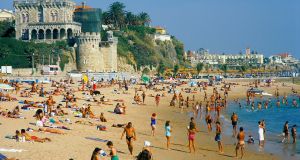 Portugal has become well-known in recent years for attracting celebrities such as Madonna and Philippe Starck, the French designer, to become residents.

Portugal plans to end tax exemptions for some foreign residents and overhaul its “golden visa” scheme in changes that are likely to diminish the country’s appeal to wealthy international pensioners and big-earning celebrities.

The ruling Socialist party (PS) has proposed changes to the 2020 state budget that will raise the tax rate on the overseas pensions of so-called non-habitual residents (NHRs) from zero to 10 per cent and limit the granting of so-called golden visas to property purchases outside Lisbon and Porto.

The proposed changes come amid concern in Brussels over discriminatory tax regimes and visa schemes that offer EU residency and other benefits in return for property purchases or other investments.

Other proposals under consideration would lift taxation on earnings from performance fees and royalties from zero to 20 per cent for NHRs.

Portugal has become well-known in recent years for attracting celebrities such as Madonna and Philippe Starck, the French designer, to become residents. About 28,000 people, including some 9,000 pensioners, have moved to Portugal under the NHR scheme.

The changes proposed by the PS are expected to be endorsed by the minority Socialist government, which will put a final version of the budget to a vote in parliament next week. The changes would be introduced from March and would not apply to those already using the NHR concessions.

“The zero per cent tax that Portugal applies to cross-border pensions is not sustainable in today’s world,” said Nuno Cunha Barnabé, a tax partner at Abreu Advogados, a Lisbon law firm. “But taxing royalties and performance fees will put off the kind of people that have helped put Portugal on the map.”

The proposed tax increase on the overseas pensions of NHRs follows complaints from Finland and Sweden that, when combined with bilateral tax treaties, the scheme results in an effective zero tax rate on private pensions.

Removing property purchases in Lisbon and Porto from eligibility is expected to have a big impact on the golden visa scheme. Property investments in the two cities are estimated to represent about two-thirds of the total to date.

Portugal issues “golden visas”, known officially as residence permits for investment, in exchange for property purchases of €500,000 or more. The permits bestow the right to travel freely within the EU’s borderless Schengen area and are often touted as a step towards Portuguese citizenship, although there is no legal connection between the two.

Between 2012, when the scheme started, and 2019, Portugal issued more than 8,200 “golden visas”, of which more than half went to Chinese citizens. Although the visas can be granted for job creation and some other projects, property purchases account for more than €4.5 billion of the investment of just under €5 billion brought in by the scheme. – Copyright The Financial Times Limited 2020