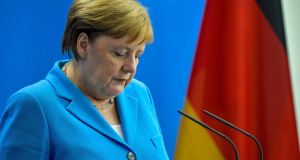 German business morale deteriorated unexpectedly in January as the outlook for services darkened, a survey showed on Monday, suggesting that Europe’s largest economy got off to a slow start in 2020 after narrowly avoiding a recession last year.

The Ifo institute said its business climate index fell to 95.9 from 96.3 in December. The January reading confounded a Reuters consensus forecast for a rise to 97.0.

“The German economy is starting the year in a cautious mood,” Ifo president Clemens Fuest said, adding that companies had become more pessimistic regarding their outlook while their assessment of the current situation had improved slightly.

Business confidence in the service sector fell noticeably and the mood among construction managers also cooled. But the struggling manufacturing sector showed signs of a recovery.

“The big bright spot is industry,” Ifo economist Klaus Wohlrabe told Reuters, adding that business uncertainty in the sector had been reduced by Brexit clarity and the partial agreement reached in the US-Sino trade conflict.

Andrew Kenningham from Oxford Economics said the Ifo figures suggested that an improvement in Germany’s export-oriented manufacturing sector would partly be offset by a gradual weakening of domestic demand.

“Indeed, we think the economy will continue to grow at only a very anaemic pace in the first half of this year,” he said.

Employment and wage growth are expected to slow this year as the mighty car industry struggles with weaker foreign demand, tougher regulation and a broader shift towards e-cars.

The Ifo figures contrasted with a survey among purchasing managers published last week that showed Germany’s private sector gained momentum in January as growth in services activity picked up and the pullback in manufacturing eased.

The German economy expanded by 0.6 per cent in 2019, its weakest growth since 2013. The government expects 1 per cent growth in 2020, helped by an exceptionally high number of working days. Adjusted for calendar effects, Berlin predicts 0.6 per cent growth this year.

The government is due to present an updated growth forecast on Wednesday. Business daily Handelsblatt reported on Thursday it will slightly raise its 2020 forecast to 1.1 per cent or 1.2 per cent. – Reuters