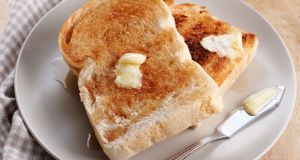 Union leaders had warned that industrial action by the Hovis workforce in Belfast could have caused “considerable disruption” to bread supplies across Northern Ireland.

Workers at one of the North’s largest bakeries have voted to accept an “inflation-busting” pay rise after management increased their initial offer to avoid all-out strike action.

Hovis, which produces a range of in-house bakery brands such as Hovis, Nimble, Ormo and Mothers Pride and also own label products for some of the UK’s biggest retailers including M&S, Tesco, Sainsbury’s and Lidl, increased their pay offer to 4 per cent.

Union leaders had warned that industrial action by the Hovis workforce in Belfast could have caused “considerable disruption” to bread supplies across Northern Ireland.

According to the trade union Unite, workers had been pursuing a 5.1 per cent pay claim but they decided to accept the improved pay offer made by Hovis.

Sean McKeever, Unite’s regional officer, said: “The workforce had voted by 88 per cent to take industrial action rejecting a pay offer, which was only one per cent above the current inflation rate.

“This is an inflation-busting pay increase – which will make a real difference to the lives of our members in Hovis and their families.”

Mr McKeever has warned that the Hovis pay deal “puts employers in the food and drink industry on notice” in the North because the union believes “the entire bread sector is exploiting workers”.

Unite confirmed that it has officially notified Allied Bakeries, another major bread producer in Northern Ireland, that it intends to ballot its workforce next month on issues over pay and conditions.

According to Mr McKeever Allied Bakeries’ workforce of more than 250 people are also unhappy with a pay offer that is on the table.

“Allied Bakeries, which is part of Associated British Foods, has put forward an offer of 2.2 per cent, we and other unions, believe that is totally unacceptable.

“Food producers need to stop thinking about how they can keep food prices down to keep the multiples happy and address the issue of poverty pay among their workforce,” he said.