One in five adults experience form of financial abuse - BPFI

Despite commonplace incidence of financial abuse, 43% of people say they’re not concerned 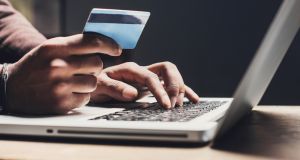 As many as one in five Irish adults have experienced some form of financial abuse ranging from out and out theft to an absence of consultation when making important money-related decisions.

According to research published this morning by the Banking & Payments Federation Ireland (BPFI) up to 20 per cent of adults have experienced financial abuse but many still do not think that it could ever happen to them.

The findings of the research have been published as part of a public awareness campaign, led by BPFI in partnership with Safeguarding Ireland, which is highlighting the need for greater awareness of the real risks of financial abuse and calling on all adults to better plan ahead to safeguard their finances.

The research, carried out on a nationally representative sample of 1,000 adults using RED C’s omnibus survey, found that 10 per cent said someone had used their property or possessions without permission. A further 8 per cent said an income earning adult living with them refused to contribute to household bills while 6 per cent said someone was making decisions about their money without consulting them. The research also suggested that 4 per cent shad money taken or used from a joint account without their agreement.

Despite the comparatively commonplace incidence of financial abuse some 43 per cent said that they were not concerned about experiencing financial abuse in the future - highlighting a large cohort who do not perceive it as a real risk which could affect them.

The same figure of 43 per cent were concerned that financial abuse could happen to them in the future - with older people the least concerned about the issue.

Speaking about the risks of financial abuse and how people can protect themselves against it, the BPFI’s Head of Sustainable Banking Louise O’Mahony said the findings showed “that financial abuse is happening at a higher incidence than many people realise and also that too many adults, particularly older people, aren’t concerned and think it won’t happen to them.”

She said everyone needed to prepare for the likelihood that “one day we may need help managing our affairs due to a serious illness, accident or aging, and our message is that people should ‘have that conversation’ with someone they can trust and plan ahead for the future of their finances in order to protect themselves from financial abuse.”

Safeguarding Ireland chairwoman Patricia Rickard-Clarke stressed the importance of all adults planning ahead to avoid financial abuse, particularly older people, after just 37 per cent of over 55’s said they were concerned that financial abuse could affect them.

“Unfortunately, it is estimated internationally that in excess of 10 per cent of people are dishonest in how they manage a vulnerable person’s money,” she said. . “However, this research confirms what we have long thought - that the real incidence is higher than that with 20 per cent reported.”

She said that when people don’t have their “choices, preferences and decisions legally stated and have a life-changing accident, become seriously ill, or frail due to age they are reliant on the honesty of friends and family. Safeguarding Ireland encourages all adults to talk about their wishes, plan ahead and avoid Financial Abuse.”

The research found that just 6 per cent of Irish adults had put in place an Enduring Power of Attorney (EPA), which is very low by international standards.