Country has one of the lowest 4G availability scores in Europe 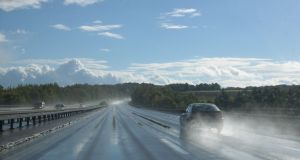 A German autobahn, emblem of the country’s engineering prowess.

Germany requires $500 billion in public investments to modernize its infrastructure after doing too little for decades, the country’s top union and industry leaders said on Monday.

Europe’s largest economy, which narrowly escaped recession in the third quarter, now requires massive funds to catch up, become more competitive and boost its growth potential, said the study commissioned by the union federation, DGB, and the industry federation, BDI.

The country, famed for autobahns without speed limits and high-tech engineering, ranked fifth-to-last in the European Union in terms of providing digital public services, based on data from the European Commission.

Germany has one of the lowest 4G availability scores in Europe, with millions of users in mostly rural areas unable to connect to 4G networks up to half of the time, according to a June report by Opensignal, a mobile analytics company.

Red tape in building out roads or wind energy are also on entrepreneurs’ laundry list of complaints.

After years of fixing its public accounts, it was now time to put investments in the forefront again, helping to fuel growth and living up to Germany’s responsibility in Europe, said Michael Huether, director at the Cologne-based Institute of the German Economy, one of the two think tanks that drafted the paper.

In order to circumvent constitutional restraints on deficit spending, the proposed investment fund would be an autonomous quasi-public entity and raise its own debt.

After Finance Minister Olaf Scholz gained some reprieve last week with marginally better-than-expected growth, the topic is now back in the limelight, with two influential organizations such as the DGB and the BDI joining forces to urge more spending.

“The fact that we put our heads together, were driven by concern over lacking investment, and commissioned our economic institutes to back that up scientifically, shows that this is a real concern,” said Dieter Kempf, head of the powerful industry lobby BDI. – Bloomberg