NTMA latest to warn on State’s over-reliance on multinationals 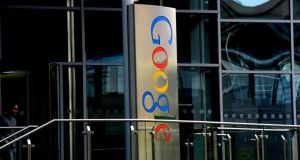 Privacy concerns could undermine US multinationals such as Google, the NTMA warns. Photograph: Cyril Byrne

The State’s reliance on US investment and the risk to growth, jobs and taxes from any change in investment trends by the big multinational players has again been highlighted in new research from the National Treasury Management Agency (NTMA), which manages the national debt and State borrowing. This follows immediately after a paper from the National Competitiveness Council (NCC) which gave a stark warning about our reliance on a few major multinational companies and the vulnerability this created in our economic model.

It is “not easy to see” how the economy would adapt if trade tensions rose and hit exports from the Republic, the NTMA research paper warns, while US tax reforms could slow the flow of future inward investment and have “ significant ramifications for exports, jobs and tax revenue”.

The paper, by NTMA economist David Purdue, also warns – as did the NCC – that such is the size of some of the major players that hits to individual companies could disproportionately affect Ireland. Examples of such risks, it says, are privacy concerns, which are an issue for Facebook and Google, the untested business models of some of the social media companies and possible anti-trust cases.

The Republic is central to the operation of many of the big US companies, the paper finds, and has benefited significantly from this. The US has become an increasingly important export market – accounting for 27 per cent of exports last year, up from 20 per cent in 2003 – with chemical and pharma products made here accounting for 62 per cent of goods sold to the US. US companies employ about 155,000 here, pay between €6 billion and €9 billion in wages and salaries and are dominant in sectors which account for 85 per cent of exports.

The paper cautions, in particular, about the danger of trade tensions,warning that a EU/US trade war could directly hit exports and US inward investment here as well as slowing overall growth, while wider US/China tensions could also be a factor in the international economy. The US and EU recently decided to negotiate to try to avoid the imposition of further tariffs and the removal of those already in place, but the outcome of these talks remains uncertain and US/China trade tensions are high.

The NTMA finds that Ireland is vulnerable to any US downturn, with every 1 per cent in US growth knocking on to a similar decline here, with the exact figure depending on what measure of Irish growth is used.