Third of exports come from just five companies, according to competitiveness council 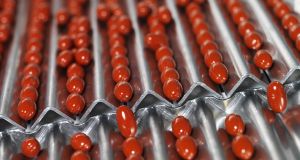 The big players in the tech and pharma sectors are responsible for huge amounts of economic activity, productivity growth and tax revenue. 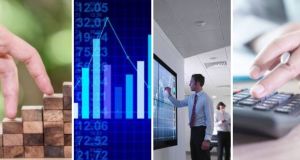 One third of Irish exports come from just five companies, according to a new paper from the National Competitiveness Council, the body established by the Government to advise on competitiveness. File photographs: Getty Images

Ireland’s reliance on a small number of major multinationals leaves the economy vulnerable and threatens the outlook for growth, according to new research from the National Competitiveness Council (NCC), which has issued a stark warning about the sustainability of our economic model.

One third of Irish exports come from just five companies, according to a new paper from the NCC, the body established by the Government to advise on competitiveness. And the big players in the tech and pharma sectors are responsible for huge amounts of economic activity, productivity growth and tax revenue.

With threats from Brexit and international trade and tax reforms facing the economy, the chairman of the NCC, Peter Clinch has warned that “Ireland is relying on one big engine as we fly into much stormier skies”.

A new bulletin from the NCC, published today, says “while economic performance is strong, beneath the surface a number of significant vulnerabilities are evident”. A small number of firms in the pharma and tech sectors are contributing a large proportion of exports and output and driving up growth. In turn, this disguises a large number of smaller firms where productivity is stagnant or falling, the NCC says, posing significant vulnerabilities and challenges to Government policy.

“This research exposes the weak foundations supporting Ireland’s growth model,” according to Professor Clinch. “Ireland’s economic performance, wages levels and general standard of living depend on a small fraction of firms, exporting a narrow range of products into a small number of markets.” The NCC is calling for a major effort to help indigenous firms grow and diversify into new markets, as well as a new focus on wider competitiveness.

While the reliance of our corporate tax base on a small number of companies – with 10 firms paying 40 per of what is collected – has been widely discussed, the NCC bulletin looks much more widely at the economy’s reliance on the big tech and pharma companies. It points out that five firms account for one third of exports and 75 per cent of exports are accounted for by just 50 companies, a much higher concentration than most other economies.

These big pharma and ICT firms are also highly productive and contribute significantly to overall output and value added in the economy. In contrast, the report says that recent Department of Finance research shows productivity growth is stagnant or falling across the rest of industry.

Ireland is vulnerable to “firm-specific shocks”, the NCC warns, meaning changes in the fortunes of a few big US firms could hit our economy significantly. On the other hand, the reliance of many smaller companies on one or two products and a small number of markets could leave Ireland vulnerable to post-Brexit tariffs or barriers to trade.