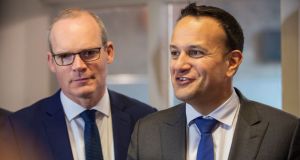 The election campaign just went from bad to worse for Fine Gael. The party had hoped to be campaigning on its economic record and Brexit, but has found itself whacked around on pensions and at the wrong end of a swing in the polls.

Now the State’s premier think tank has dealt a blow to its tax proposals. Without specifically referring to Fine Gael, the Economic and Social Research Institute (ESRI) calculated that the party’s long-standing pledge to raise the threshold at which workers pay the higher rate of income tax – from €35,300 to €50,000 – would increase income inequality, while costing the exchequer €2.3 billion.

The timing of the ESRI’s study is likely to raise eyebrows in Leinster House, but the institute insists it was purely coincidental.

The ESRI’s study examined the impact of the tax system on household income here, concluding that while the distribution of income before taxes and benefits is the most unequal in the EU, the State’s “highly progressive” tax system substantially offsets this.

Many hard-pressed earners here, paying the higher 40 per cent rate at modest rates of pay, won’t be consoled by the notion that we have the most progressive tax system in Europe.

For a single worker, the higher rate kicks in at incomes of just €35,300, which is 10 per cent below the average industrial wage. And the number of workers paying income tax at this higher rate has more than doubled since 2010 to nearly 600,000.

Fine Gael’s proposals are bound to have the support of many taxpayers. Studies also show that taxing labour is less beneficial for a society than taxing wealth, which in most cases takes the form of property.

It’s a peculiarity of the Irish political system, however, that left-wing parties such as Sinn Féin and People Before Profit oppose the property tax even though it’s widely regarded as the most efficient way of redistributing wealth from the property “rich” to the working “poor”.

Ultimately, Fine Gael’s proposals might need to be combined with shifts in other areas of taxation to preserve income equality.