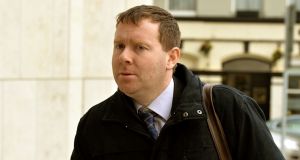 A new chairman of the Irish Fiscal Advisory Council will have to be appointed by the next government following the recent decision by UCC economist Seamus Coffey not to seek a second term.

Mr Coffey was appointed chair of the budgetary watchdog in December 2016 but decided against seeking a second four-year term, the Department of Finance confirmed.

Appointments to the five-person council are made by the Minister for Finance. However, with a general election under way, the process to appoint a successor will be left until the next government is formed, a spokesman for the Department of Finance said.

The council is an independent body set up to assess and comment on government fiscal policy. It reports on budgetary matters and makes a determination as to whether or not it believes the Government is sticking to its targets and objectives.

In a hard-hitting assessment of budgetary policy in 2018, Mr Coffey rebuked the Government for “repeatedly” breaching its own targets; allowing public spending to advance at an unsustainable rate; and presenting unrealistic spending targets for 2020 and beyond.

“Repeated failures to prevent unbudgeted spending increases have left the public finances more exposed to adverse shocks, with the budget balance in deficit rather than surplus,” he said.

Mr Coffey said there were “worrying echoes” of the 2000s when a cyclical expansion in tax revenues funded a significant increase in public spending. He all but accused the Government of squandering the recovery.

More recently, he warned that €6 billion or 60 per cent of the Government’s corporation tax windfall may be temporary, leaving the public finances exposed to a potential reversal.