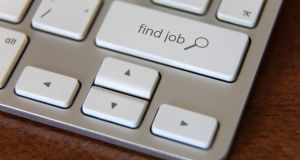 The number of professional job vacancies in July dropped by 12 per cent compared with the same month last year. Photograph: iStock

The number of professional job vacancies in July dropped by 12 per cent compared with the same month last year. However, this is said to be due to seasonal trends.

While vacancies dropped, the number of people looking for a job increased by 5 per cent compared with July last year.

Morgan McKinley Ireland’s monthly employment monitor shows that the reduction in available jobs follows a buoyant first half of the year.

The company’s director of inward investment, Trayc Keevans, said: “There are currently fewer professional jobs coming on to the market, however we have seen a much busier period of recruitment in the first half of 2017 than in any year previously since the economic crisis, so some level of seasonality is now to be expected.”

The recruitment company’s employment monitor saw particularly strong demand for engineers across a range of sectors including the pharmaceutical and automation industries.

Commenting on the Brexit impact to the State’s employees, Ms Keevans said: “FDI interest in Ireland is consistently strong including interest from multinationals considering Ireland as a European hub and who have already ruled out other European locations, in the context of Brexit. This is due largely to Ireland’s overall competitiveness, skills availability and supportive business climate.

“It remains to be seen how potential tax reforms in the US will influence investment decisions by US multinationals, particularly in the R&D space, however FDI sentiment towards Ireland continues to be very positive,” she added.

Despite the positivity surrounding the jobs market, Ms Keevans pointed out that infrastructure must be better developed so that Ireland can continue to appeal to international companies, while also supporting indigenous enterprise business growth.

“After a near decade of contraction, the pace of economic recovery is such that there are a range of pressure points which could impinge on our competitive progress.

“The Government’s proposed new Ireland 2040 spatial strategy anticipates that the population will grow by 750,000 over the next two decades. Developments must be dispersed throughout urban centres across Ireland, and not just Dublin, including the encouragement of multinational investment and employment in the regions,” she said.