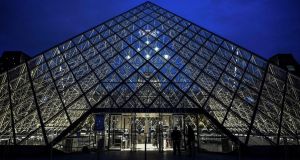 France is aiming to limit the drop in economic activity to 15 per cent during the country’s second coronavirus lockdown starting on Friday, Finance Minister Bruno Le Maire said in a government briefing on Thursday.

That would be half of the 30 per cent drop in activity during the country’s first lockdown that started in March, which was caused in particular by a halt of construction work, Le Maire said.

France estimates the cost of measures to help companies affected by stay-at-home measures at €15 billion per month of lockdown. The country is reactivating a solidarity fund for businesses affected by the shutdown, with a budget of €6 billion per month, while partial employment measures will cost another €7 billion, according to Le Maire.

“This lockdown is a hard blow for the companies that will be closed tomorrow,” Le Maire said. “The economic support of the state will be even stronger than during the first lockdown.”

Unlike during the first wave, building sites and construction-material stores will remain open, as well as government services handling building permits, Le Maire said. Exempting companies of some social charges will cost the government €1 billion a month. France also plans to offer direct loans to companies that can’t borrow from banks, while repayments of government loans can be pushed back starting March without that constituting a default of payments. – Bloomberg