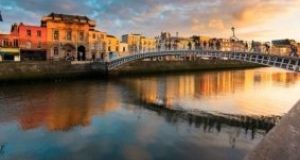 Investment from the US rose by €73 billion last year.

Foreign direct investment (FDI) into Ireland fell by €24 billion last year largely as the result of a big slump of flows from Europe, new figures show.

According to data from the Central Statistics Office (CSO), investment from the United States rose by €73 billion with an additional €42 billion boost from Bermuda and a €19 billion gain from Asia compared with the prior year.

Reinvested earnings inflows of €57 billion were offset by decreases in equity and other capital investment of €48 billion and €32 billion, respectively.

Direct investment abroad increased by €600 million in 2018 – from a decrease in outflows of €1.8 billion a year earlier.

Commenting on the figures, Joanna Murphy, chief executive of Taxback. com, said that while the role of FDI remained important for Ireland, accounting as it does for one in seven employees – the drop in investment figures for the second year running was a concern.

“We need to take a fresh look at our strategy around FDI. Rather than rest on our laurels under the presumption that what we are currently doing is working, we must now look at our approach to FDIs through a different lens,” she said.

“We absolutely need to continue to attract and retain overseas investment, but we are over-reliant on the bigger players – when they leave Ireland to locate elsewhere, it really hurts – as evidenced by Novartis’s recent announcement on 320 job losses in Cork. We cannot afford to allow ourselves, and our economy, to be so overly exposed and as a result so heavily impacted by these overseas employers,” Ms Murphy added.