Number of people unemployed forecast to fall below 100,000 next year 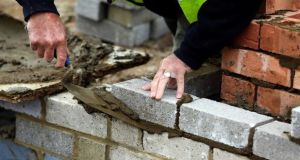 The number of people classified as out of work in the Irish economy is predicted to fall below 100,000 next year, less than a third of what it was at the worst point of the recession. The forecast comes in the wake of new figures showing the official jobless rate dropped to a 12-year low of 4.8 per cent in November. This equated to 117,800 people.

Pawel Adrjan, economist with recruitment website Indeed, said the labour market has made a remarkable recovery from the peak unemployment rate of 16 per cent “ in the dark days of 2012”.

“Another landmark to look forward to is whether the number of unemployed people can fall from its current level of 117,800 to below 100,000. If current trends continue there is every chance of this happening in 2020,” he said.

Despite the improvement, participation rates, particularly for women are still lower than during the boom and the State’s youth unemployment rate remains elevated at 12.5 per cent, up marginally on the previous month.

Analyst Alan McQuaid said: “The labour market has improved dramatically over the past few years, reflecting the strengthening of the economic recovery, encouraging emigrants to return home.”

Mr McQuaid noted that employment increased in nine of the 14 economic sectors over the year in the third quarter of 2019, with a record 2.33 million at work, an increase of 45,000 in the year. The largest rates of increase were recorded in the financial, insurance and real estate activities (+12.9 per cent).

However, he highlighted the lack of available jobs for school leavers and new graduates from college, “and the poor treatment of these students by potential employers.”

“For a start, there should be more encouragement in second-level for students to take apprenticeships and away from the overcrowded university system,” he said. “Then there is the question of experience. How can you gain experience if no one is willing to give you that experience in the first place?” he said.