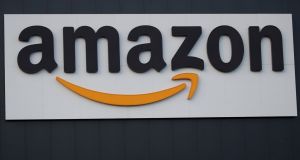 The report singled out Amazon, which is run by the world’s richest person, Jeff Bezos, as the worst offender. Photograph: Friedemann Vogel/EPA

It’s been US president Donald Trump’s long-standing contention that Europe’s probe into the tax affairs of US multinationals, mainly those in the tech sector, stems not from the fact that firms such as Apple, Facebook and Google are avoiding paying billions in tax or playing fast and loose with the rules, but because they are American.

He often notes the fact that the wholesale manipulation of diesel emissions by European carmakers, one of the biggest environmental scandals of recent decades, was never picked up regulators on this side of the Atlantic.

It was US regulators that brought Dieselgate to light, ditto the financial scandals that embroiled the European-headquartered governing body of world football, Fifa.

Could it be that regulators on both sides of the Atlantic are slow at catching their own guys when they break the rules? Maybe so, but it’s hard to get away from the sheer scale of tax avoidance in the upper echelons of the tech sector.

In a report published yesterday, the big six US tech firms – Amazon, Facebook, Google, Netflix, Apple and Microsoft – were accused of “aggressively avoiding” $100 billion of global tax between them over the past decade.

Facebook, Google Apple and Microsoft have their European headquarters here while Netflix and Amazon are based in Amsterdam and Luxembourg respectively. Ireland, the Netherlands and Luxembourg are the three low-tax EU destinations.

The report by tax transparency campaign group Fair Tax Mark accused them of shifting revenue and profits through tax havens or low-tax countries to avoid paying their fair share.

It singled out Amazon, which is run by the world’s richest person, Jeff Bezos, as the worst offender, noting it paid just $3.4 billion in tax on its income so far this decade despite achieving revenues of $960.5 billion and profits of $26.8 billion. This meant Amazon’s effective tax rate was 12.7 per cent over the decade when the headline tax rate in the US has been 35 per cent for most of that period.