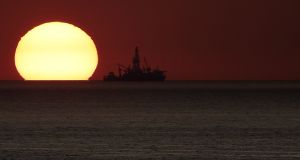 Euro zone consumer prices grew more slowly in February than in January, as expected, data from the European Union’s statistics office showed on Tuesday, as the spread of the coronavirus around the world depressed oil prices.

Eurostat estimated that consumer prices rose 1.2 per cent year-on-year in February after a 1.4 per cent rise in January, in line with a Reuters poll of analysts.

An even narrower measure that also excludes alcohol and tobacco prices and that is watched closely by many bank economists also accelerated to 1.2 per cent from 1.1 per cent in January.

Separately, Eurostat said that prices at factory gates, which point to trends in consumer prices later, rose 0.4 per cent month-on-month in January for a decline of 0.5 per cent year-on-year, as expected by economists polled by Reuters.