Ibec warns that Government may have underestimated corporation tax loss 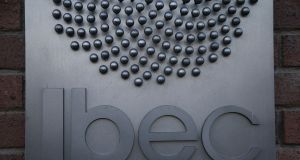 Ibec says the number of people employed in the State has grown 25% since 2013, and this has placed significant pressure on public services and infrastructure, which have not kept pace. Photograph: Nick Bradshaw

The Government may be underestimating the potential loss to the Irish exchequer from global tax reform, employers’ group Ibec has warned.

Minister for Finance Paschal Donohoe believes the State could lose up to €2 billion of its corporation tax revenue under proposed changes to the rules on how companies pay corporation tax. This corresponds to about fifth of the €10.9 billion in corporation tax receipts generated last year.

In its latest quarterly outlook report Ibec said the Government’s estimate does not consider the impact of proposals for a global minimum effective tax rate, which it warned could affect “business investment decisions”.

The Organisation for Economic Co-operation and Development (OECD) is proposing a big shake-up of the current rules which allow companies such as Facebook, Apple and Google to book profits in low-tax jurisdictions such as the Republic to minimise tax bills.

While they have still to be agreed, the proposals are likely to mean some of the profits accounted for in the State by big multinationals are reallocated to other jurisdictions, effectively shrinking the tax base here.

In its latest report Ibec also upgraded its growth forecast for the Irish economy to 3.7 per cent this year, from 3.1 per cent previously, on foot of what it said was the labour market “outperforming expectations”.

It said the Irish economy had continued its strong growth trajectory into the early part of 2020 despite the continued threat of a hard Brexit. “Despite this ongoing uncertainty, we continue to have a fundamentally positive view of the Irish economic story,” Ibec said.

It noted the number of people employed in the State had grown by 25 per cent since 2013, and that this turnaround had placed significant pressure on public services and infrastructure, which have not kept pace.

It called for a new national housing strategy to deliver quality and affordable homes, and “champion higher density development”.

It is also seeking a reform of the planning approval system “so that key infrastructure projects are not impeded by unnecessary and costly delays”, and more ambitious investment in infrastructure generally.

“No matter what the make-up of the next government, voters’ expectations that the new Dáil will implement effective solutions to societal challenges have increased substantially,” Ibec said.

It warned that changes in the external environment, which have provided so much of the resources available to the Irish exchequer in recent years, were not guaranteed to remain favourable.

“But we remain a rich country. There needs to be a social dialogue process and commission on taxation to help us manage the trade-offs involved in beginning to act like one.”

In its report the group also warned that recent positive trends globally were likely to be significantly offset by the impact of the coronavirus and the public health measures taken to limit the spread of the disease.

It said already there were some reports of disruption to exports as the Chinese economy slowed due to the constraints on domestic or international travel.

“Any escalation of the outbreak in southeast Asia or spread to other trading partners in the first half of 2020 could have significant implications for the global supply chains on which Irish exporters rely.”