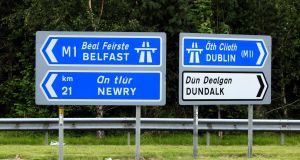 In a year dominated by Brexit discussions, the result is seen as particularly strong and appears to have been followed by further growth, according to Intertrade Ireland.

Recruitment remains an issue with 22 per cent of companies citing lack of appropriate skills in the workforce as a growing concern while 27 per cent said they had difficulties recruiting the right employees.

And there is slack in some businesses with 29 per cent saying they operate below capacity and a third of micro businesses saying they’re just about breaking even.