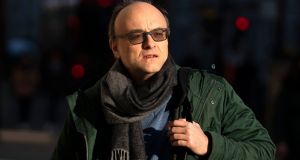 The two great economic offices of the British state, the Bank of England and the Treasury, are currently being run by two alumni of Goldman Sachs. It seems that they overlapped at the “great vampire squid” (as labelled by Rolling Stone magazine) for a short while, although it is not (publicly) known whether they worked together. They won’t get much opportunity to get reacquainted as Mark Carney’s is scheduled to leave the central bank at the end of next month. Rishi Sunak, the new chancellor, is the third person to sit in that office in the last seven months. He may, or may not, be comforted by that thought.

Investors, regulators and governments all demand that companies be run in a certain way. There are codes of practice, rules and laws. The trend to incorporate environmental, social and governance (ESG) principles into investing and corporate behaviour is a recognition that businesses are expected to do better. In all sorts of ways.

Rules, regulations and behavioural norms are there for a reason, not least because low standards often lead to costs carried way beyond the executives, employees and shareholders of an errant business. Regulation of banks has been tightened over the decade since the financial crisis.

In public banks generally welcome more and better regulation yet in private some executives chafe against the rules. Those rules are there because of human behaviour: we often want to see what will happen if we put a toe over the lines drawn in the sand by law-makers.

Sometimes executives are incentivised by their employers to do so, often inadvertently (that was a large part of the causes of the financial crisis). Sometimes rules are broken by mavericks who are trying to innovate in a constructive way: these are the types that see the rules as unnecessary bureaucracy. Sometimes the rules need to be challenged, sometimes not. It’s an ongoing process.

Pain in the neck

For the thrusting CEO a pain in the neck takes the form of the audit committee. Being part of such a committee is rarely a bundle of laughs. It is there to offer checks and balances: oversight. Executives often see the value of such oversight, sometimes they don’t.

Last week’s cabinet reshuffle saw the UK’s “board” reconstituted and governance framework redrawn. The role of the audit committee is compromised. Sunak will soon be faced with a career-defining choice: do the bidding of the CEO or conform to the duties normally associated with the chancellor.

Almost as interesting was the clear determination to kick out anyone from the previous board (cabinet) who was any good, had hints of an independent mindset or showed signs of willingness to stand up to the chairman or CEO.

The UK Treasury is there to make the numbers add up: pull back the wilder spending ambitions of the various ministries to make sure the UK doesn’t end up in a debtor’s prison. The chancellor is there mostly to say no. It’s been that way for centuries. There are other key decisions not associated with spending: if Gordon Brown hadn’t stood up to Tony Blair the UK would now be extracting itself from the euro, not just the EU.

The Treasury used to control interest rates and, by extension, the exchange rate. Will the new CEO want to take back those powers? Sterling rose this week because bigger budget deficits could prompt an independent central bank to raise interest rates. Cummings won’t like this idea at all.

Both the chairman and CEO of the UK clearly want to spend a lot more money. I think they have taken to heart one of the lessons of the Trump presidency: these days you can run huge budget deficits with impunity. Chancellors who fret about borrowing and debt are so yesterday.

Trump cut taxes for the rich; I suspect the Johnson-Cummings administration will spend. And borrow. They need the audit committee, the Treasury, to keep quiet. More generally, they will tolerate no dissent. They really have taken back control, albeit not quite in the way that was promised.

I think some big decisions are coming, not just about spending, ones that will require a supine cabinet. Flouncing out of the trade deal negotiations with the EU for instance. I wonder if Cummings might have the independence of the Bank of England in his sights. I’m pretty sure that Carney can’t wait to go back to Canada.

Rules about good governance are there for a reason. Absolute power concentrated in a small number of hands isn’t a guarantee of disaster: philosopher kings might make constructive decisions. History, of course, teaches us that it would be wise not to bet on this.